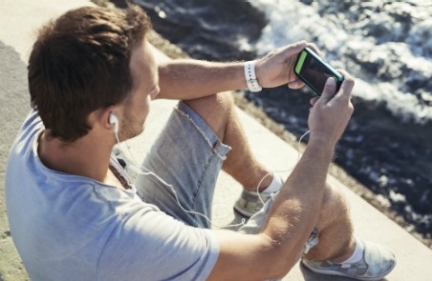 Video is more popular than ever – but what is really interesting is WHERE people are watching video. Increasingly, videos are consumed anywhere – on mobile devices. YouTube recently released its Top Ten video ads for 2015, and for the first time ever this year, more people watched the leading ads on their mobile devices than on desktop. That’s more than 470 million views among these ten video ads alone, nearly two-thirds of which were on mobile. (YouTube/Small Biz Trends).

What does that mean for video marketing? Whether it’s a compelling call to action (that viewers can see), or an attention-grabbing lead-in, video ads should be made with the on-the-go viewer in mind. Video success in 2016 will mean following some basic principles for successful mobile consumption of video.

Think about how your video looks on any screen, whether it’s a smartphone, tablet or desktop. We know that viewers are more likely to watch video on the device that’s convenient, rather than the one that offers a better viewing experience (roughly twice as likely, according to AOL). So, if your viewer is seeing your video on a smartphone (which is likely), that’s where they will watch it.

When inserting text on a video, consider what it looks like on a smartphone. Too small to read? Then, too small to use (to be effective). If your customer can’t read your call to action, you might as well not use it.

Auto-play thrives on platforms like Facebook, Twitter and Instagram. Rather than interrupting a viewer with sound (unless specifically clicked), these videos play automatically, without sound. Want to reach your audience in a subtle, yet effective, way? Consider what the video looks like without sound. Effective mobile videos get the point across without sound, or they provide such captivating content that a viewer can’t help but click.

It’s no secret that people (us included) have a short attention span. And that’s especially true of mobile viewers. If you don’t get a viewer’s attention in the first few seconds, expect your viewers to drop off quite quickly. An effective hook will improve retention, and, done right, encourage social sharing.

The number of potential mobile viewers out there is an opportunity to effectively distribute your video and gain new followers and customers. Using effective headlines, descriptions and keywords will help powerful search engines like Google and YouTube direct people to your video.

It’s clear that social media plays a major role in mobile video sharing as well. Platforms like Facebook and Twitter make it easy for users to share, click and discover more, building your audience and fan-base like never before. When creating your (awesome, mobile-optimized) video, think about its sharability – does it entertain, educate or inform? Hint: most people watching video want it to do one of those things.

So, think about how your video can capture your mobile viewers, and get filming/sharing/tagging/distributing. And, while you’re at it, make sure your website is mobile compatible so when people click to learn more, they will be able to do just that!